Impact of roads and traffic on New Zealand’s bat fauna 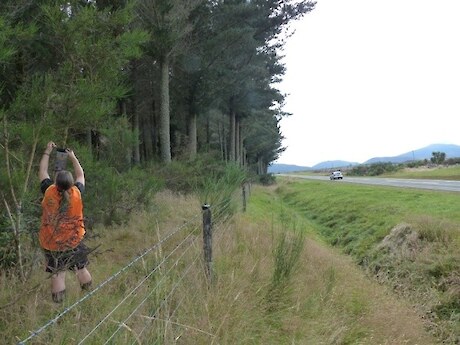 During 2015 and 2016, Wildlands have been part of an ongoing collaborative project commissioned by the NZ Transport Agency researching the effects of roads and traffic on indigenous bat populations. All New Zealand bat species and sub-species are classified as either At Risk-Declining, Threatened-Nationally Vulnerable, Threatened-Nationally Critical, or Threatened-Nationally Endangered. Long-tailed bats are known to utilise roads to commute and forage and, while a number of causes are behind the nationwide decline, it is not clear whether road networks are a threat to bat populations due to habitat fragmentation and increased risk of collision.

The research process has been incrediblyinsightful for Wildlands staff members Dr Kerry Borkin (Bat specialist) and Dr Des Smith (Senior fauna ecologist), who undertook field surveys in 57 locations across New Zealand, and provided a report describing the analysis of bat activity data. The outcomes of this research have shown that increasing traffic volume is directly correlated with declining bat activity, however transport planners have identified a need for improved roading infrastructure throughout the country. This research therefore has important implications for the statutory processes which govern road infrastructure management in locations where bats are present, and will feed into existing monitoring and mitigation methods. An aspect of the work has been assisting in the development of framework to assess bat population viability impacted by transport systems and guide management of these effects.

Prev article
All articles
Next article