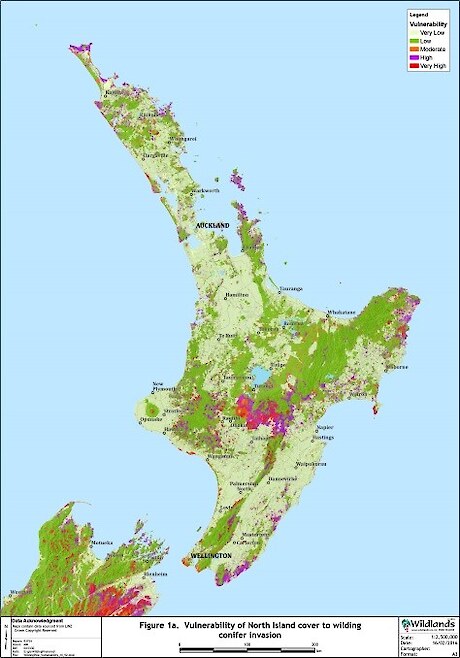 Wildlands has been working with a collaborative multi-agency group to develop the New Zealand Wilding Conifer Management Strategy (2015-2030), an initiative which aims to control and eradicate established wilding stands and prevent further establishment elsewhere by 2030.

Wilding conifer infestations threaten indigenous ecosystems in a number of ways, including the reduction in diversity of indigenous plant species and habitats as invasion progresses to establishment over time. Further impacts of invasion include changes in soil ecology, reduction in habitat for indigenous fauna, and the facilitation of co-invasion by other exotic pest species. 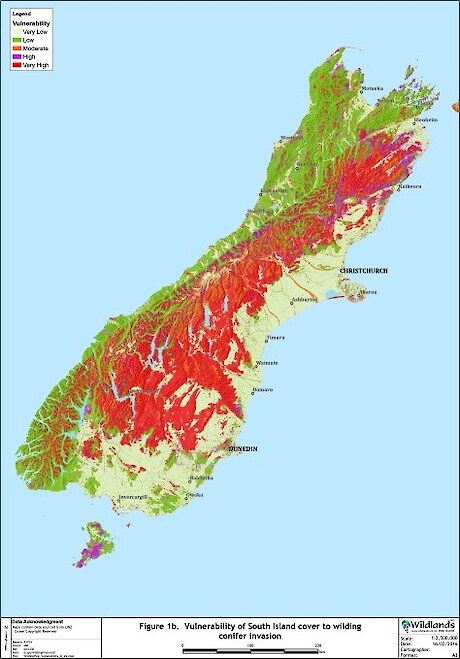 Wildlands, in consultation with key stakeholders, were tasked with the creation of a national prioritisation list, whereby wilding conifer control sites were categorised and prioritised according to a risk/cost analysis in order to inform the allocation of funding and control effort. This has resulted in a new management approach which multiplies invasiveness and vulnerability scores together to provide an overall site risk score. Cost parameters were then included in order to determine which management scenario to apply to each site; containment, progressive control, exclusion and eradication. This score is then used to rank priority wilding conifer sites based on inherent risk of wilding conifer spread.

Prev article
All articles
Next article