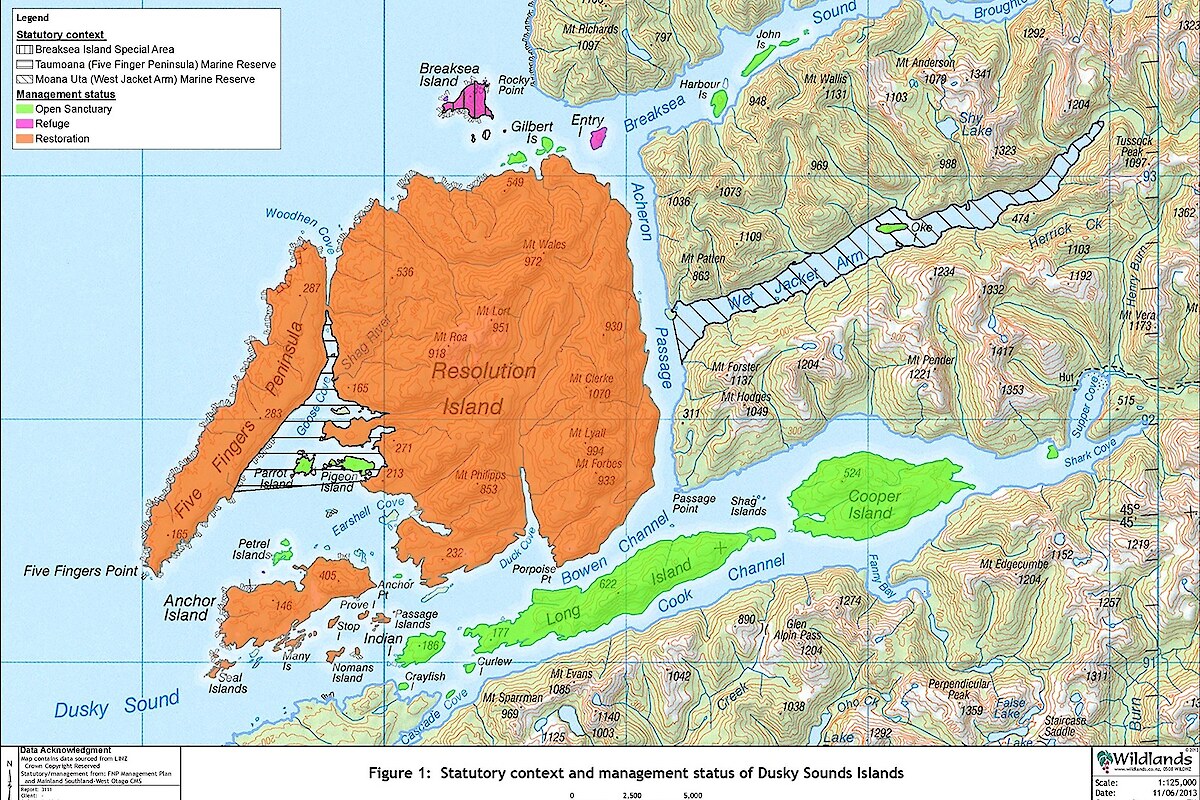 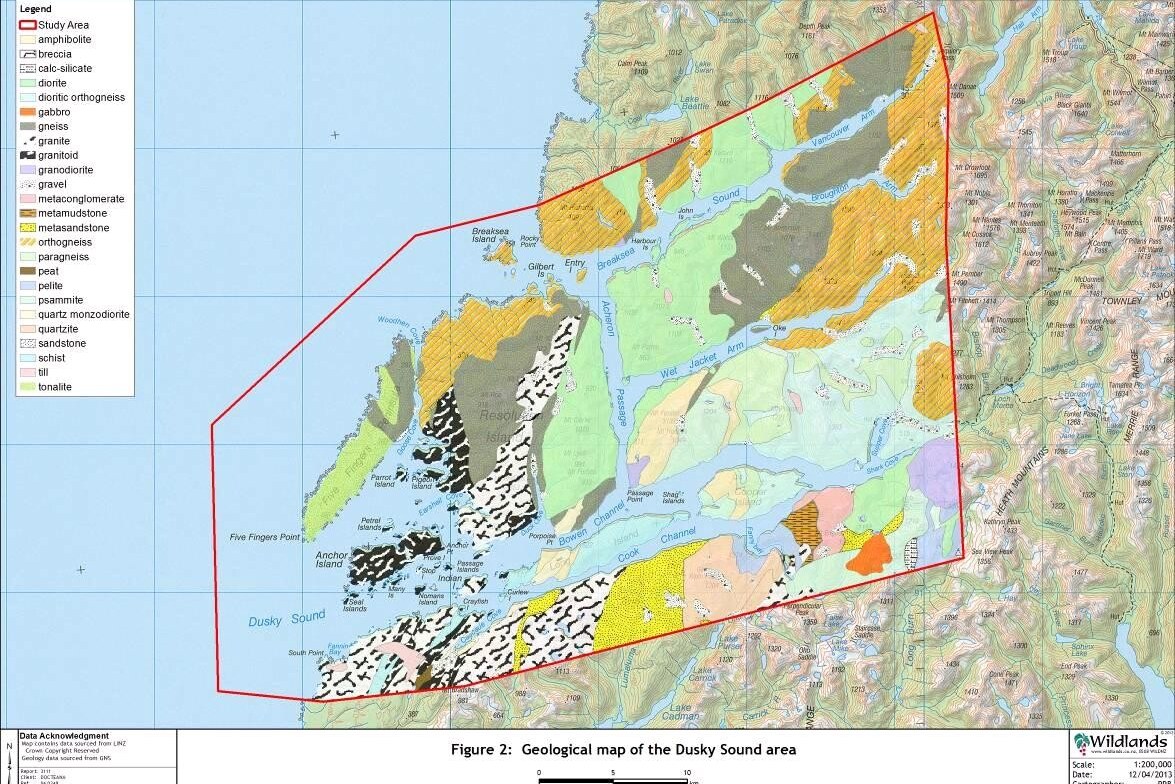 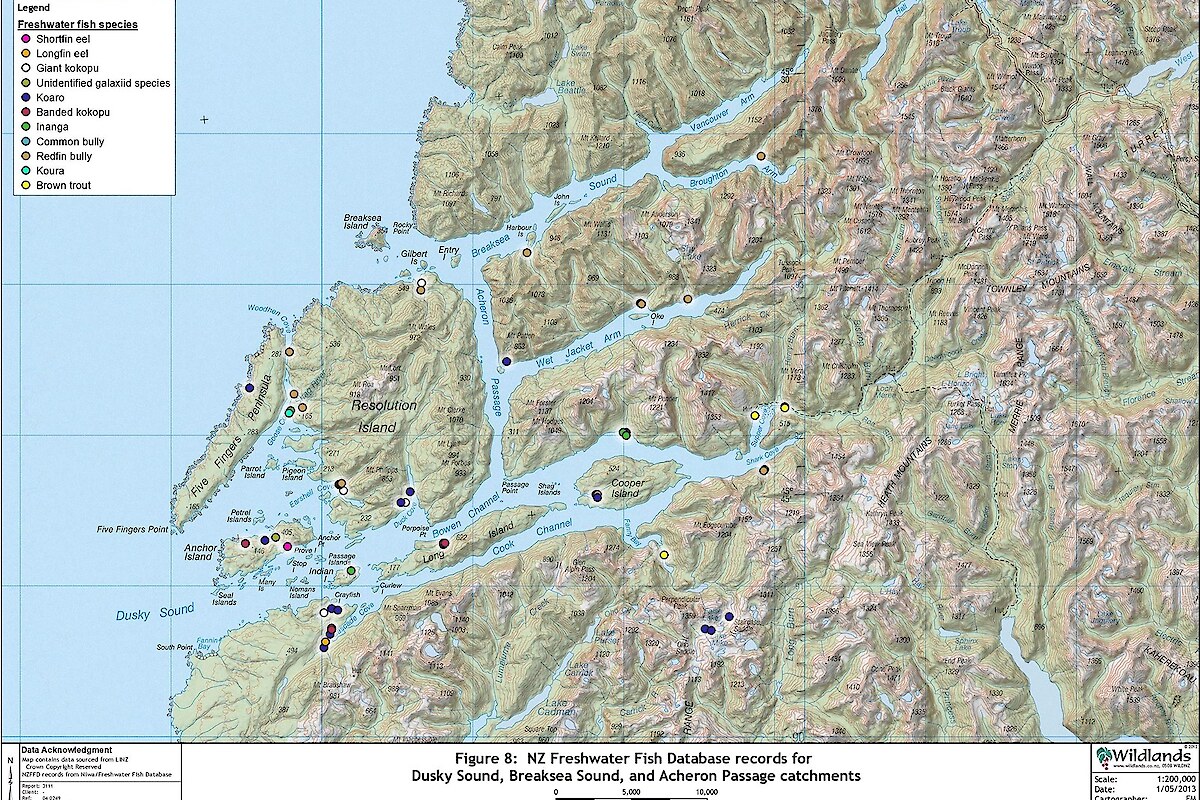 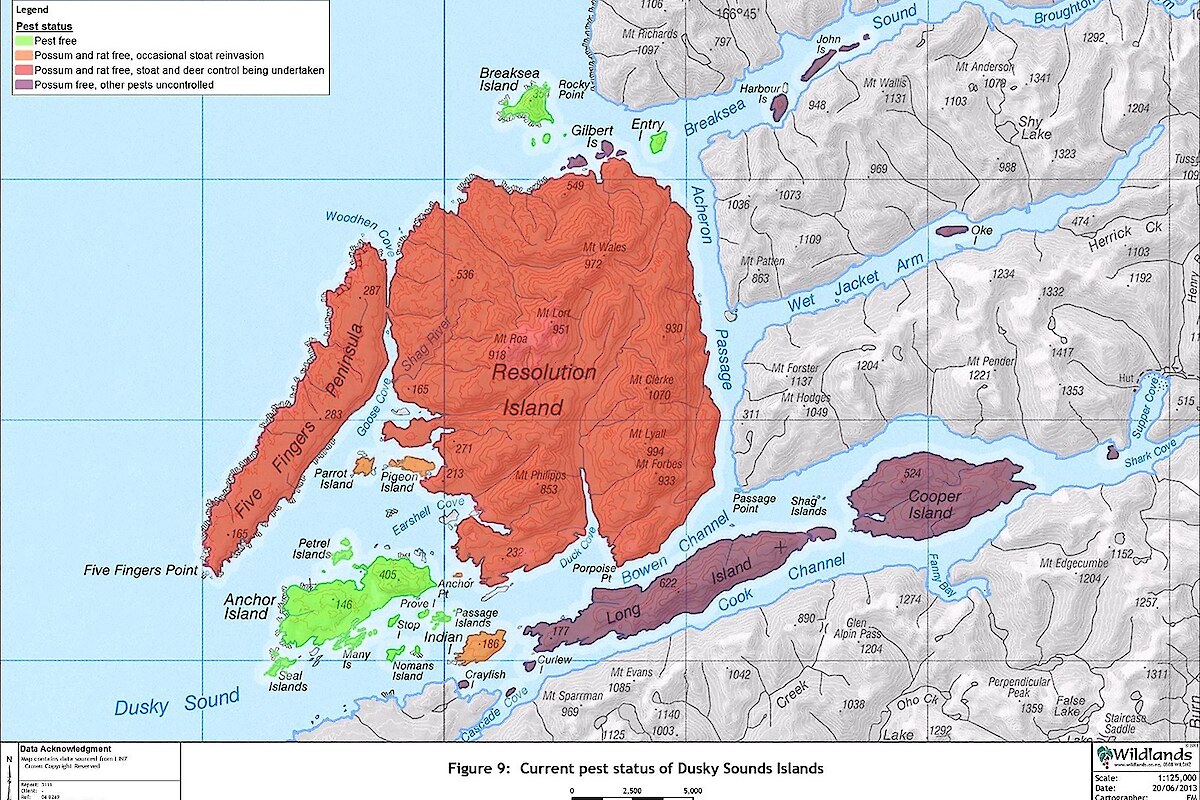 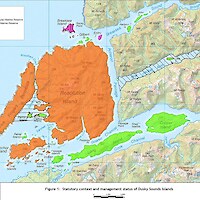 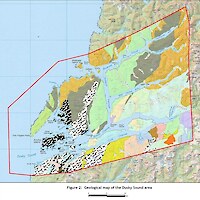 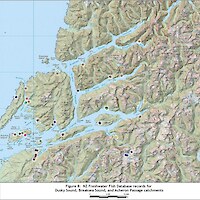 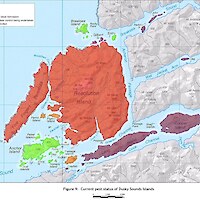 In 2013, Wildlands prepared an integrated ecological conservation and restoration plan for all of the terrestrial and marine ecosystems within Dusky Sound, Breaksea Sound, Wet Jacket Arm, and Acheron Passage, including important mainland buffer zones. The plan contains a strategic assessment of where to direct conservation effort, and why.

The marine environment is representative of western Fiordland fiords and fiord complexes. It is characterised by extremes of salinity, wave action, and irradiance that, together, influence patterns in productivity. The coastline is generally steep, rocky, and exposed. Over 700 islands are present in the project area, but the vast majority are very small.

Podocarp/beech forest and beech forest covers most of the terrestrial surface, with subalpine scrub above the treeline and alpine tussock grassland at higher elevations. Manuka and Chionochloa acicularis are locally dominant in poorly-drained lowland habitats, mostly on peat. Coastal scrub and herbfield occur extensively on exposed coastal sites.

The project area provides habitat for numerous Threatened and At Risk plant, bird, fish, skink, dolphin, and invertebrate species, as well as many other Not Threatened species.

There are no substantial populations of any terrestrial weeds of conservation concern and no known aquatic weed species. Terrestrial indigenous fauna populations are threatened by introduced pest animals, particularly stoats and rodents, but most of the islands in Dusky Sound have never been invaded by possums, some islands have had few or none of the four rodent species or stoats, and successful pest animal eradications have been undertaken on several islands. Stoat and deer control is currently undertaken on Resolution Island, and stoat control has recently begun on Long Island.

This plan sets out four conservation and restoration goals:

Goal 1: Natural ecosystems, ecological processes, and species are protected by eliminating or controlling to sufficiently low densities marine and terrestrial pest species and by preventing the establishment of new pest species.

Goal 2: Terrestrial ecosystems within the Dusky Sound project area are enhanced through reintroduction of missing (or analogue) species, and biodiversity information gaps are progressively filled.

Fifty-four objectives and associated actions have been developed in order to achieve these goals. The objectives cover vegetation and habitat mapping, pest animal and weed control, translocations, monitoring, advocacy for additional marine protection, and filling information gaps relating to seabirds, lizards, bats, terrestrial invertebrates, freshwater fish, mapping, marine mammals, and fragile marine encrusting organisms. If these objectives can be achieved, the Dusky Sound project area will continue to make a major contribution to biodiversity conservation in New Zealand, which will increase over time.